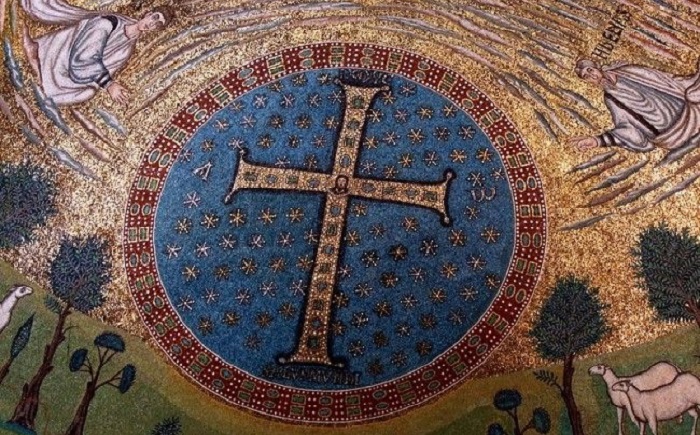 The impact of Iconoclasm is the common issue with which the art dealt at the 8th and early 9th century. For more than a century, the prohibition of the iconographic repertoire which included the depiction of humans in the religious art must have influenced both the existing religious art and the new artistic production. Nevertheless, the nature and the extent of the prohibition’s impact vary, thus it would be wrong to assume that the religious art which depicted humans just disappeared.

Even though the duration was long, the prohibition was not applied everywhere and in the same manner during all the 116 years, while simultaneously there was resistance along this time. There is not much evidence for the destruction or removal of religious icons in the early years of the prohibition apart from the testimony of the removal of the icon of Jesus from the Chalke Gate of Constantinople in 726. There might have happened similar incidents but in the first place Iconoclasm did not seem to be imposed on very roughly.

Later on, during the reign of Constantine V (741- 757) the iconolaters were persecuted and then from the biography of the Saint Stephen the New we learn about the intentional damage of the exterior of the monument’s depiction and the destruction of the objects for the Communion “in every city and village”.

The same source describes also the advance of a monumental decorative circle of depictions of Christ’s lifespan at the church of the Holy Mary at the area of Blachernae, as well as the removal of depictions of the Church’s Synods from Milion (a monumental arc near the imperial Great Palace) and their replacement by depictions of scenes from the hippodrome. There are some traces of the historical depictions’ destruction. The room of Patriarchate, which was built above the southwest ramp of Hagia Sophia in Constantinople, had a pre-iconoclasm decorative mosaic that included busts of Christ and of Saints in medals.

In 768/9 the busts were replaced by crosses and the dark tiles of the inscription that named the human beings were replaced by others which were the same color as the mosaic’s background. In Nicaea it remains unknown when the mosaic forms of the Holy Mary and the Archangels were removed from the Chancel of the Dormition’s church, leaving the tiles intact.

The hassock with the gems to which the Holy Mary stood, remained intact as well and above it a cross was placed which was made with new tiles. The latter was removed in turn after the end of Iconoclasm and the previous figures were restored. However, the seam lines of the different mosaics have left a “ghost” of the cross.

The removal of historical depictions might not have been extended even though it is certainly confirmed by written testimonies and by the remnants of materials. The small amount of descriptions for specific acts of destruction refer to buildings which were closely connected with the iconoclast emperors such as the Great Palace and the Holy Mary’s church in Blachernae. In other respects, the damages are described by suspicious generalizations without naming the churches which were affected.

The evidence for the destruction of icons, which was mentioned at the Iconoclast Council of 787, was clearly inadequate. It points out the burning of books at Hagia Sophia and at a city near Izmir but it offers no clue that can support the assertion of catholic destruction which can be found on the biography of Saint Stephen the New. We could also note that the changes of the Patriarchate’s room of Hagia Sophia did happen 42 years after the beginning of Iconoclasm by the instigation of the Patriarch Nicetas.

The possibility that many other monumental illustrations had remained in their place during Iconoclasm is brought out in an epistle (in 824) by the iconoclast emperors Michael II and Theophilos, which was sent to Louis the Pious. The epistle reveals that although icons had been removed from the ground-level, the ones that were installed up the churches’ walls or to domes were preserved for educational purposes. This remark seems apparently as an apology of the iconoclasts for the generalized preservation of monumental illustrations with depictions of human forms. It might also suggest that at least in practice if not in formal policy, there was a separation between monumental representations and the more personal depictions on portable objects such as icons, reliquaries and illustrated books. The latter must have been more prone to worship than the distant illustrations in domes of churches.

The geographical factor could likewise play a role. The most testimonies of destructions refer to Constantinople and the nearby areas. The prohibition was possibly less respected (and therefore less implemented) far away from the imperial court of the iconoclast emperors. In another passage from the biography of Saint Stephen the New, the provinces remote from the capital- Cyprus, Italy, and south Asia Minor- are acknowledged as the only safe shelters for iconolaters after the Iconoclast Council of 754. Even though it is an exaggeration, it indicates that the prohibition was not holistically implemented or obeyed. Lastly, the opposition against Iconoclasm was manifested not only by the corpses of martyrs that it evoked, but also even by the testimonies of the concealment of monumental representations. In Thessaloniki, the 5th century mosaic that is still located in the apse of Hosios David, was covered by leather and immured by bricks: it was an act of deferential preservation of the artwork rather than of conformity with the prohibition and perhaps it was not the only one. It is thus possible that even when there was more pressure from Constantine V, Iconoclasm made the existing monumental art disappear completely. The next point on which we should focus is the impact of Iconoclasm on the production of new monumental art. While it is likely that the ecclesiastical pictorial representations that incorporated human beings kept on been produced in regions far from the capital’s control, the contempt of the prohibition in the big urban areas would be careless both from the artist’s point of view and from the patrons’.

By all means the ateliers would continue to produce cosmic and human figures since those were not subject to the prohibition as they illustrated hunting scenes, the hippodrome and the theatre. All these were scornfully cited in the biography of Saint Stephen the New. Hence, the virtuosity of the artistic depiction of human forms was not lost. In fact, it is established decidedly during the break of Iconoclasm (780-814) when Irene requested portraits of herself and of her son for the church of Saint Mary of the Spring in Constantinople, as well as later when Theophilos (829-842) included in the mosaics of the Great Palace scenes with humans who collected fruits in an orchard.

Even so, without the ordering for ecclesiastical art that includes the representation of human beings, a traditionally significant part of a painter’s and a mosaicist’s job must have been constricted and perhaps this led to the decline of the number of ateliers. The aniconic pictorial representations that were necessary as substitutes for the graphic themes and the decoration of newly constructed churches could be rebuilt on a very limited scale.

It seems that the cross was given a priority and it took the place of the typical representation of human beings. As it was mentioned before, a big cross replaced the upright figure of Holy Mary at the apse of the church of Dormition in Nicaea. Another cross was constructed in Saint Sophia in Thessaloniki (780-797) as a part of the church’s initial decoration. It was detached after Iconoclasm and substituted by the enthroned Holy Mary holding baby Jesus, which exists even now. However, we can still notice the “ghosts” of the cross’s lines, like in the case of Nicaea. Broad diverse decorative zones with cruciform patterns were placed on the point of the arc’s beginning that is found in the front of the Chancel’s apse.

A complete example of an apse’s cross is preserved in the church of Saint Irene in Constantinople. It was placed there after its reconstruction in 740. More fanciful pictorial representations were made as well. In the biography of Saint Stephen the New it is reported that trees, flowers, birds and animals replaced the mosaics of the human figures of the Holy Mary of Blachernae but unfortunately it does not inform us about their disposition or their specific place inside the church.

To sum up, we could say that the impact of Iconoclasm on arts was possibly less big than that which we could assume the prohibition of religious depiction of the human figure, which lasted almost a century, could have. There was likely a period of stagnation rather than elimination. Some monumental artworks remained visible, the illustrated manuscripts and the objects of miniaturization were probably preserved, while there were made new artworks discreetly.

There is no reason to assume that there was loss neither of the artistic traditions nor of the artistic craftsmanship, even though the reduction of the finance and the need for careful activity resulted obviously in the decrease of the number of expert craftsmen. Nonetheless, this specific period it was impossible to be a period of innovations with the exception of the invention of an anti-iconoclasm repertoire. 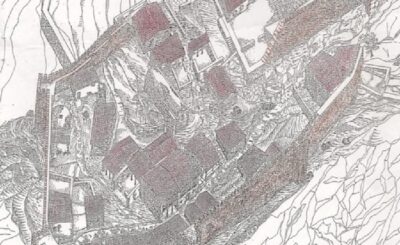 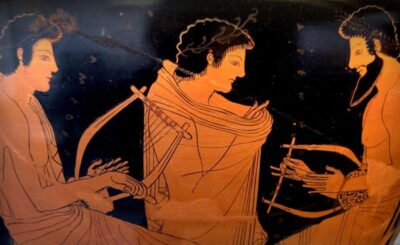 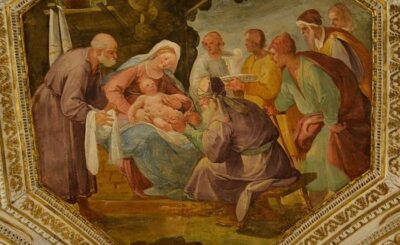 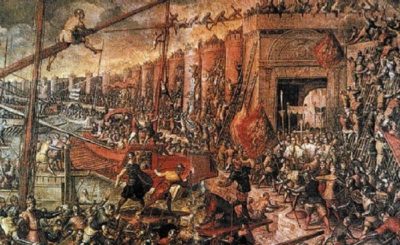 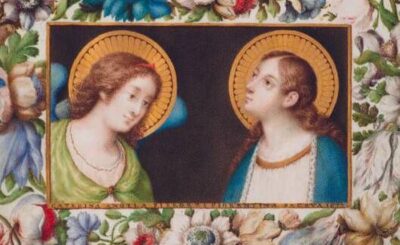