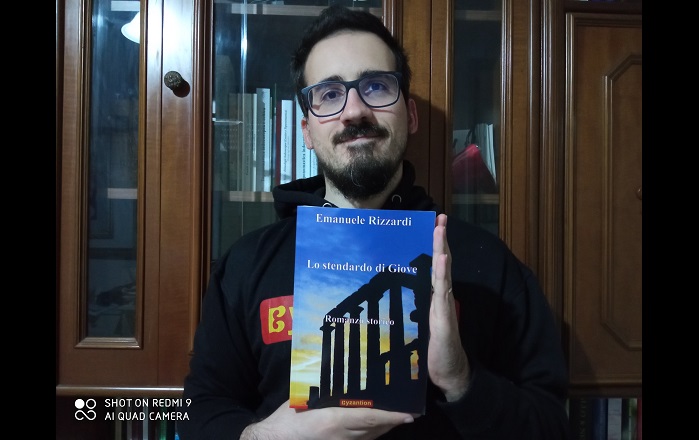 On October 2020, we had our first interview with Emanuele Rizzardi, an Italian Byzantinophile and writer of historical fiction. There, we talked about his two historical novels, set in the Paleologan Era. Today we present his third book, about the battle of the Frigidus and the final victory of Theodosius I and Christianity in the late Roman Empire.

Your two previous books were about the Paleologan era.  What led you to focus on Late Antiquity for your next work?

Late Antiquity is undoubtedly one of the crucial periods in world history; there are changes so shocking that they still leave us very perplexed in disbelief, yet these years are almost never explored in schools, in the media and in entertainment, especially in the West. My interest therefore arises to give voice to these forgotten events, in the same way I gave it to the two great events of the Palaeologan dynasty (the siege of 1453 and the birth of the Ottomans in 1300). The goal is therefore always the same: to shed light on our common past and make it understandable for the general public.

What is the main theme of Lo stendardo di Giove?

The book narrates the events of the last pagans (as an organized faction) in the Roman West in the years 392-394. In addition to the religious question, we also talk about the conflict between East and West to understand which of the two halves of the Empire was the most important. The West was rapidly losing power in favor of Constantinople and in these years the great Western aristocrats tried for the last time to impose their will. We have a united empire, but in fact divided: the Christian East, imperial and modern, the aristocratic West, pagan and tied to the past.  In particular we are talking about the events known as the “Arbogast revolt” when the Magister of the West Arbogast enthroned his friend Eugenius as emperor of the West in opposition to Theodosius. Eugene was a man of the palace, certainly Christian but of moderate positions and therefore popular enough to win the support of the pagan aristocracy of Rome and that of the powerful Western bishops (or at least some of them).  The events ended a couple of years later in the famous battle of the Frigidus river, the most important and vast battle of antiquity, comparable only to that of Chalons and of which we have little data but many legends and propaganda works.  In summary: we are talking about the reign of Eugenius, the situation of paganism in the West, the policies of Theodosius and all those tragedies that hit the Roman Empire just before the barbarians began to destroy it.

The 4-5th century was a turning point for the Roman world and the future of both East and West: the barbarian migrations and invasions, a shift of power and influence from the Latin West to the Greek East, the rise of Christianity, the fighting among the Church, the heresies and the ancient religions. This era is often viewed with lament, as the end of the ancient glories and the entering stage of the dark Middle Ages.  What do you think?

Well, it is a very important and difficult subject. Late antiquity is certainly a period of profound crisis and transformations, obviously many of them have not been without pain. If the pagans suffered many persecutions and that many works of art and intellect were destroyed by Christian fanatics, it is also true that the Middle Ages were not “a dark age” and that Constantinople was able not only to be a beacon of resistance for the Romans, but also a guardian for the past. In fact, not all Christians were fanatics and many emperors saw the works of the pagans as “heritage of the ancestors” and had a great interest in saving them, just think that a statue of Hercules built in 400 BC dominated Constantinople until 1204. The days of Byzantium were also as glorious as the days of ancient Rome, so there is no point in talking about this. However, we can say that the process of Christianization of the masses of the empire was carried out with a certain degree of violence and, in many cases, by the ruling class and this led to a great weakening of the empire itself, as well as to great artistic and human losses. Consider also that paganism was already declining so the efforts to purge it was, in fact, not necessary. For example, we know that in the West many pagans began to flee the cities and organize themselves into bands of bandits (bagaudae) because by now the empire was no longer able to defend them from the barbarians, but instead of seeking an agreement, the imperial authorities paid the Goths and Burgundians to keep them busy and take time. Only a few enlightened emperors tried to change this trend: Majorian and Anthemius, but they failed.

Do you think the future of the West and Byzantium was effectively decided in the battle of Frigidus? Was the religion of empire truly at stake, as is sometimes portrayed?

Yes, that’s for sure. Partly for the religious question, but … let’s face it, Christianity was by now very strong and a “Julian” empire with excluded Christians was impossible… instead it was possible to have a “Constantinian” empire where all faiths are accepted. The main impact of the battle, however, refers to the barbarians: a victory by Eugenius at Frigidus means that the Goths would not have moved to Italy but would have created their own kingdom in the heart of the Balkans, and with the Western army intact, Vandals, Burgundians and Svevians would not have crossed the Rhine, but the Danube and would in turn descend into the Balkans. Furthermore, the role that the Goths had would have passed to the Franks (Arbogast was one of them) so in the event of the collapse of the West we would have immediately had a huge kingdom of the Franks extended to all of Gaul, at least. Other major differences would have been the imperial lines: without the dynasty of Theodosius in power, the most logical choice would have been to send one of the Simmachi to rule Constantinople in the name of Eugenius. The Simmachi were a dynasty of great pagan aristocrats of Rome, very rich, very powerful, interested in the arts and in tolerant positions. We don’t know what they would have done … but I don’t see how they could have done worse than Honorius and Arcadius. Without Galla Placidia in the West, even Attila’s invasion would have continued in the East. In short, on the whole I see a better situation than in the dynasty of Theodosius

How do you view the Western Roman Empire? It is often neglected in historical narrative, as an insignificant gap between Roman power and Germanic ascendancy, and shadowed by the more successful Eastern part.

That’s partially true. The West was very poor compared to the East, but i’m not that hard with the Western Empire. It did his best with the limited resources it had; the main problem was for sure to have some unfit rulers, corrupted high rank officials and a very unlucky events, but it showed strategy and will to fight the barbarians until the end. The best western emperors were, far over the others, Majorian and Anthemius and they showed us that a recover was possible. Majorian recovered most of Gaul and Hiberia in a few years, Anthemius  moved against the Vandals and was also very closed to destroy the Goths with the help of bagaudae lord Riothamus. Even 2 years before the final fall, Julius Nepos rallied an army to push against the Goths and Burgundians; so the West was for sure the lesser part compared to the East, but it was not just a gap from the glorious Augustus and the rise of germanic kingdoms.

FIND AND BUY THE BOOK HERE

Theodosius, named the Great by the Church, was undoubtedly a powerful emperor, the last of a unified Roman Mediterranean.  In Greece he is mostly remembered for his decrees against paganism and the destruction of some worship sites, thus viewed very negatively. What do you think of him?

Theodosius was for sure a cunning and smart emperor. We saw it in the campaign against Eugenius! He bought time in order to rally a huge army (mostly composed by the heretics and pagans he hated!) And when Arbogast, who was the best general of the empire, was very close to win, he was able to create discord inside his camp and achieved a victory. Apart from that, what I think is that he simply was not able to consider all the variables of his decisions and in most of the cases he was unlucky and the situation ended to be totally out of his control. For example, he used the Goths as a first line in the Frigidus, in order to have a lot of them dead and weaken their power in the Est … but the Goths understood the plan and this caused the sack of Rome a few years after. About the paganism, the whole story make no sense simply because the paganism was already declining very fast so there was no need to make open persecutions against the pagans. Some historians said that he in reality wanted to punish just the heretics but the laws hit the pagans just because they were weaker than the Arians… and this is a good point. Also we have to remember that Theodosius visited the Oracle of Delphi just before his death and this is another strange point: why visit a sanctuary you closed? Some historians said that Theodosius was a very impulsive person and a lot of decision were take with little time to think about them. He slaughtered 5.000 people in Thessaloniki and he ordered to have all the high rank pagans killed after the revolt of Eugenius, but bishop Ambrose stopped him. So, overall his made very bad decisions, apart from what he did with paganism.

Do you have any ideas about a future book?

I suppose I will do book about the rise of emperor Phocas, but in any case there are many topics of my interest: siege of 1204, Anthemius expedition against the Vandals, the first years of Basil II…

We are doing many things: release of new books, greek lessons, art exhibitions, interviews, translations and anything we can do. The more people will join us, the more will be able to spread and preserve byzantine legacy. 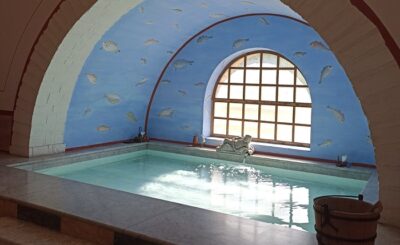 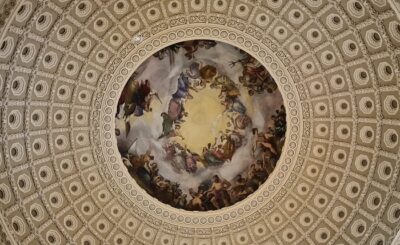 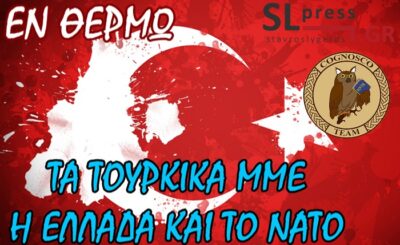 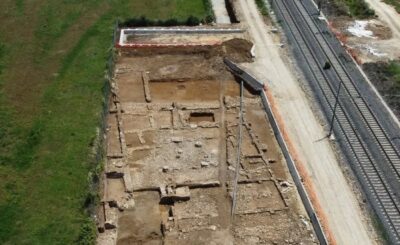 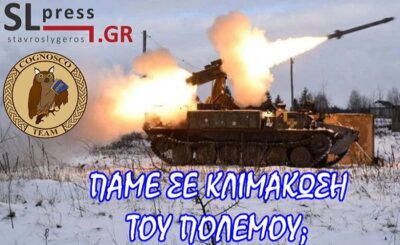